The F.A.A., through its inspectors, has another way of imposing sanctions: via the Streamlined Administrative Action Process (S.A.A.P.). Rather than sending a Notice of Investigation letter with ten (10) days to respond, the inspector will mail a Warning Notice or a Letter of Correction. Technically, this is an administrative sanction but does not result in a fine, suspension or revocation. Nevertheless, it will be a black mark on the record which could be problematic if seeking employment in the aviation industry, and the mark will remain on the record for at least two (2) years.

Once such a S.A.A.P. letter is received, the airman has thirty (30) days to respond with explanatory input and/or documentation. With this, a request can be made to withdraw the Warning Notice or Letter of Correction. Otherwise, there is no provision in S.A.A.P. or the so-called “ticket program” for the procedural due process afforded in the normal enforcement process.

Nevertheless, the minor sanction is usually preferable to a monetary penalty or worse. So, if you can demonstrate a positive and cooperative attitude, you may be able to convince the inspector to use S.A.A.P. instead of an enforcement action which would probably be best for all concerned if a minor infraction has occurred.
by Richard T. Miller, Specialist in Aviation Law – (818) 994-8234 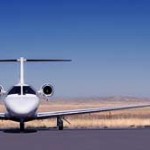